More news on the Graduate Gender Programme can be found here.

Doing Gender Lectures, promotion video’s and the documentary film on the history of the UU Graduate Gender Programme can be found here. 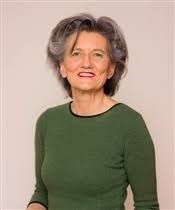 Prof. dr. Rosemarie Buikema
Rosemarie Buikema is professor of Art, Culture and Diversity, Utrecht University. She is the scientific director of the Graduate Gender Programme at Utrecht University, the Utrecht coordinator of GEMMA, the Erasmus Mundus joint degree in Gender and Women’s Studies in Europe and the scientific director of the Netherlands Research School of Gender Studies. Next to this she co-chairs the UU IOS Hub Gender and Diversity: Building an Inclusive Society and she is the initiator and project leader of MOED, Museum of Equality and Difference.
Read more

Prof. dr. Berteke Waaldijk
Berteke Waaldijk is professor of Language- and Culture Studies at the Faculty of Humanities at Utrecht University and works at the Graduate Gender Programme. Waaldijk’s research focuses on gender, culture and citizenship. She publishes on history and gender of Social Work in the Netherlands and in Europe, on colonial culture and citizenship, on history of Dutch Women’s movements and on gender, history and philosophy of the humanities.
Read more

dr. Eva Midden
Eva Midden is Assistant Professor in Gender Studies, at the Media and Culture Studies Department, at Utrecht University. She has a master’s degree in Political Science from the University of Leiden (Netherlands) and a PhD in Philosophy (University of Central Lancashire, United Kingdom). Midden’s current research focuses on gender, religion and national identity in the context of conversion to Islam. Her general research interests include feminists theory, postcolonial theory, intersectionality, (post)secular(ism), whiteness and media analysis.
Read More

dr. Domitilla Olivieri
Domitilla Olivieri is Assistant Professor at the department of Media and Culture Studies at Utrecht University. Domitilla is an anthropologist, activist, researcher and teacher in the field of gender studies, media and society. She is active in academic, artistic and activist spaces and has been involved for many years in feminist, queer and anti-racist and anti-capitalist militant activism.
Read more

dr. Christine Quinan
Christine Quinan joined the Gender Studies staff as Assistant Professor at Utrecht University in 2014 after teaching at and earning a Ph.D. from the University of California, Berkeley. Christine works at the intersection of queer/trans studies, postcolonial studies, and critical security studies and is currently at work on a project that investigates gender policing and surveillance in a post-9/11, postcolonial/neocolonial era and the effects this has on trans and gender diverse bodies and lives.
Read more

dr. Koen Leurs
Koen Leurs is Assistant Professor in Gender and Postcolonial studies at the Graduate Gender Program, Department of Media and Culture Studies at Utrecht University. He works on digital migration, and he is the principal investigator of the Netherlands Organization for Scientific Research-funded study “Young Connected Migrants. Comparing Digital Practices of Young Asylum Seekers and Expatriates in the Netherlands,” and the Dutch National Research Agenda funded participatory action research project “Media literacy through Making Media: A Key to Participation for Young Newcomers.”
Read more

dr. Ilse Josepha Lazaroms
Ilse Lazaroms is a lecturer at the Graduate Gender Programme, and writer and literary scholar. She holds an MA in Gender Studies from Utrecht University and a PhD in Jewish studies from the European University Institute in Florence. Her academic work, at the intersection of feminist studies, Jewish studies and modern Central European history, has appeared in many international journals, academic and beyond. She is also an editor and literary translator, the owner of Azarel Press, and a regular contributor to the Dutch Review of Books. Her Current interests are feminist literary non-fiction, explorations of home, belonging, absences and maps, and the relationship between writing and (bodily) transformations, motherhood and parenting.
Read more

dr. Layal Ftouni
Layal Ftouni is an Assistant Professor of Gender Studies at the Graduate Gender Programme, and a research affiliate at the Institute of Cultural Inquiry (ICON) at Utrecht University. As a core faculty member, Layal teaches variety of courses in Gender Studies and supervises dissertations on MA, RMA, and PhD levels. Layal’s research and teaching is transdisciplinary. She works across the fields of gender and sexuality studies, cultural studies, political philosophy, visual studies and critical race studies. Layal is currently working on a new research project (2020-2024) funded by the Dutch Research Council (NWO) tentatively entitled Ecologies of Violence: Affirmations of Life at the Frontiers of Survival. The research explores the politics of life and living at the boundaries with death (both human and environmental) in conditions of war and settler colonialism, focusing on Syria and Palestine.
Read more

dr. Magdalena Górska
Magdalena Górska is Assistant Professor at the Graduate Gender Program, Department of Media and Culture Studies at Utrecht University. She holds doctorate in philosophy from the Department of Thematic Studies – Gender Studies at Linköping University. Magdalena’s research focuses on feminist politics of vulnerability. She is the author of Breathing Matters: Feminist Intersectional Politics of Vulnerability and a founder of the Breathing Matters Network.
Read more 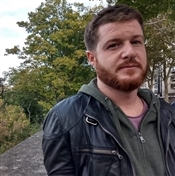 dr. Gianmaria Colpani
Gianmaria Colpani is a Lecturer at the Graduate Gender Programme. He obtained his PhD in Philosophy and Gender Studies at the University of Verona (Italy) and Utrecht University (the Netherlands) in May 2017. His research concerns contemporary transformations in the field of queer theory and sexual politics, especially as the latter intersect with issues of race and class. He is particularly interested in the emergence over the past twenty years of the theorico-political currents of queer Marxism, queer of color critique and queer diasporic critique. Additional interests are: the history of the field of cultural studies and the relations between Marxism and so-called post-Marxism.
Read more

dr. Milica Trakilovic
Milica Trakilovic is a teacher at the Graduate Gender Programme at Utrecht University. She is also the coordinator of the minors Gender Studies and Postcolonial Studies. She obtained her PhD at Utrecht University and her PhD research involved a critical interrogation of the idea of Europe from so-called marginal and marginalized positions, motivated by an understanding of belonging and nationhood in general, and Europe and Europeanness in particular, as a complex set of discursive practices that have material effects. Her research interests focus on postcolonial and postsocialist transitions and issues of European nationhood and belonging, as well as visual culture and feminist art practice.
Read more

dr. Jamila M.H. Mascat
Jamila M. H. Mascat is an Assistant Professor of Gender and Postcolonial Studies at the Graduate Gender Programme.  She holds a PhD in Philosophy from the University of Siena with a dissertation on Hegel’s critique of the notion of abstraction. As a core faculty member, she teaches a variety of courses in Gender Studies, Postcolonial Studies and Critical Race Studies, and supervises dissertations on MA, RMA, and PhD levels. She is also the coordinator of the MA Gender Studies. Her current research interests focus, on the one hand, on theories of partisanship and political engagement and, on the other hand, on theories of postcolonial justice and postcolonial reparations.
Read more

Banner photo: As Far as My Fingertips Take me (2016) by Tania El Khoury, performed by Basel Zaraa